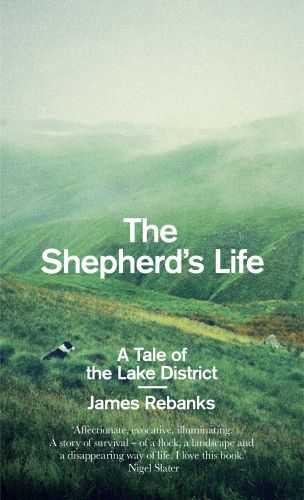 From James Rebanks, the Herdwick Shepherd, comes The Shepherd's Life, a story of the Lake District and its people which could redefine the literature of rural life
Some people's lives are entirely their own creations. James Rebanks' isn't. The first son of a shepherd, who was the first son of a shepherd himself, he and his family have lived and worked in and around the Lake District for generations. Their way of life is ordered by the seasons and the work they demand, and has been for hundreds of years. A Viking would understand the work they do: sending the sheep to the fells in the summer and making the hay; the autumn fairs where the flocks are replenished; the gruelling toil of winter when the sheep must be kept alive, and the light-headedness that comes with spring, as the lambs are born and the sheep get ready to return to the fells.These modern dispatches from an ancient landscape tell the story of a deep-rooted attachment to place, describing a way of life that is little noticed and yet has profoundly shaped this landscape. In evocative and lucid prose, James Rebanks takes us through a shepherd's year, offering a unique account of rural life and a fundamental connection with the land that most of us have lost. It is a story of working lives, the people around him, his childhood, his parents and grandparents, a people who exist and endure even as the world changes around them. Many stories are of people working desperately hard to leave a place. This is the story of someone trying desperately hard to stay.James Rebanks is the Herdwick Shepherd, whose account of shepherding has a strong following on Twitter (@herdyshepherd1). His family has farmed in the same area for more than six hundred years.