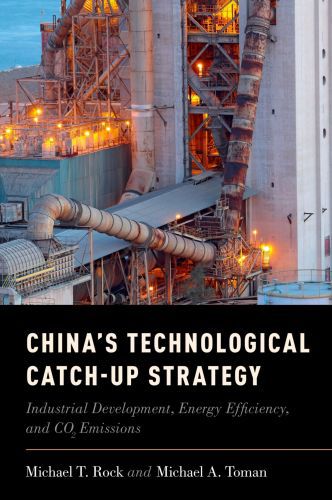 Prior to 1979, China had a bifurcated and geographically-dispersed industrial structure made up of a relatively small number of large-scale, state-owned enterprises in various industries alongside numerous small-scale, energy-intensive and polluting enterprises. Economic reforms beginning in 1979 led to the rapid expansion of these small-scale manufacturing enterprises in numerous energy-intensive industries such as aluminum, cement, iron and steel, and pulp and paper. Subsequently, the government adopted a new industrial development strategy labeled "grasp the large, let go the small." The aims of this new policy were to close many of the unprofitable, small-scale manufacturing plants in these (and other) industries, create a small number of large enterprises that could compete with OECD multinationals, entice these larger enterprises to engage in high-speed technological catch-up, and save energy.
China's Technological Catch-Up Strategy traces the impact of this new industrial development strategy on technological catch-up, energy use, and CO2 emissions. In doing so, the authors explore several detailed, enterprise-level case studies of technological catch-up; develop industry-wide estimates of energy and CO2 savings from specific catch-up interventions; and present detailed econometric work on the determinants of energy intensity. The authors conclude that China's strategy has contributred to substantial energy and CO2 savings, but it has not led to either a peaking of or a decline in CO2 emissions in these industries. More work is needed to cap and reduce China's CO2 emissions.