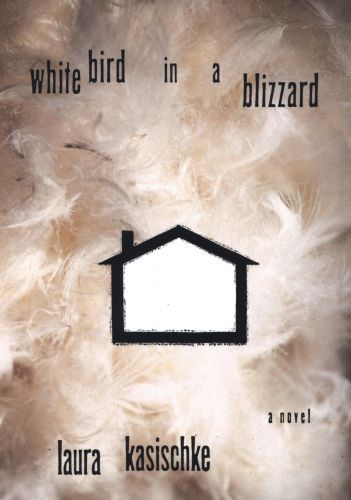 White Bird in a Blizzard

Now a major motion picture, starring Shailene Woodley and Eva Green.
I am sixteen when my mother steps out of her skin one frozen January afternoon--pure self, atoms twinkling like microscopic diamond chips around her perhaps the chiming of a clock, or a few bright flute notes in the distance--and disappears. No one sees her leave, but she is gone.
Laura Kasischke's first novel. Suspicious River. was hailed by the critics as "extremely powerful" (The Los Angeles Times), "amazing" (The Boston Globe), and "a novel of depth, beauty, and insight" (The Seattle Times). Now Kasischke follows up her auspicious debut with a spellbinding and erotic tale of marriage, secrets, and self-deception.
When Katrina Connors' mother walks out on her family one frigid January day, Kat is surprised but not shocked; the whole year she has been "becoming sixteen"--falling in love with the boy next door, shedding her baby fat, discovering sex--her mother has slowly been withdrawing. As Kat and her father pick up the pieces of their daily life, she finds herself curiously unaffected by her mother's absence. But in dreams that become too real to ignore, she's haunted by her mother's cries for help. . . . Like Suspicious River, which The New Yorker described as "by turns terrifying and ravishingly lyrical," White Bird in a Blizzard evokes the works of Kathryn Harrison and Joyce Carol Oates--and confirms Kasischke's arrival as a major talent.